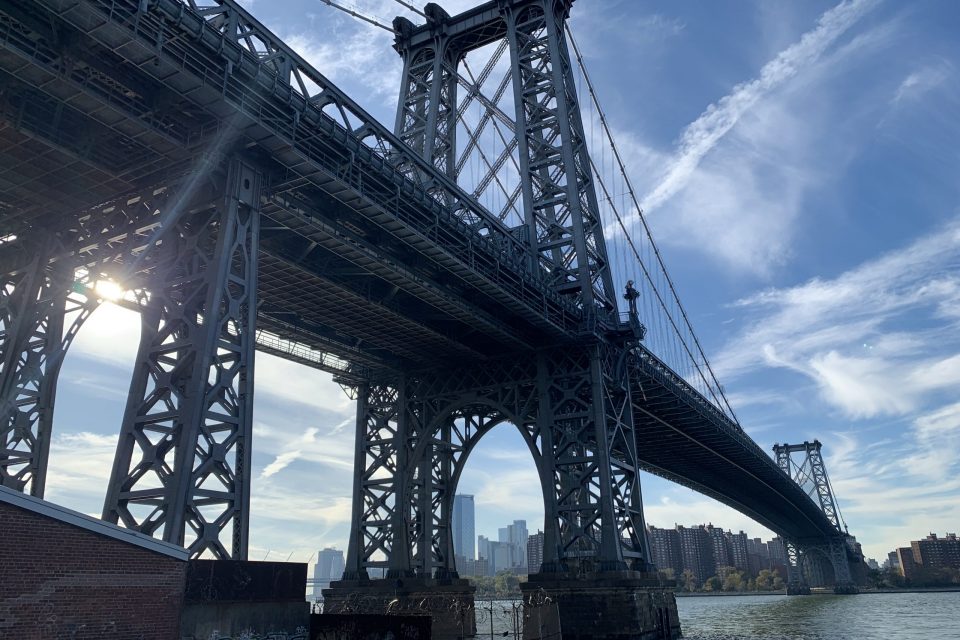 On the morning of September 11, I woke up kind of later than usual. I don’t remember why I popped in to my brother’s room. I was attending Mesa College at the time and it wasn’t unusual for me to head out the door without communicating with him. But for some reason, I walked over to his room.

Maybe he wasn’t supposed to be there. As the founder of the Iranian Trade Association, Shahriar Afshar was traveling often and speaking in front of international audiences, promoting the ITA’s mission of building a coalition of companies focused on opening trade and diplomatic relations between Iran and the United States. Maybe I walked to his room to inquire why he was home because maybe he was supposed to be in DC or something. I’m not sure. But when I saw the look on his face, as he watched the news, my heart skipped a beat. Something was wrong. That’s when I turned my head towards the television screen.

He wrote the words below which were published on Iranian.com on September 18, 2001. The images included in this post are some of what I snapped with my phone on my first trip to New York City last year. I stayed in Brooklyn, took in a lot of art, recorded three of my most memorable Burner Podcast interviews and made multiple powerful and important connections with this amazing city. The week culminated with my ending up at Ground Zero totally by accident and in the rain. New York City had been calling to me for years and touched me as deeply as my many friends had predicted she would. 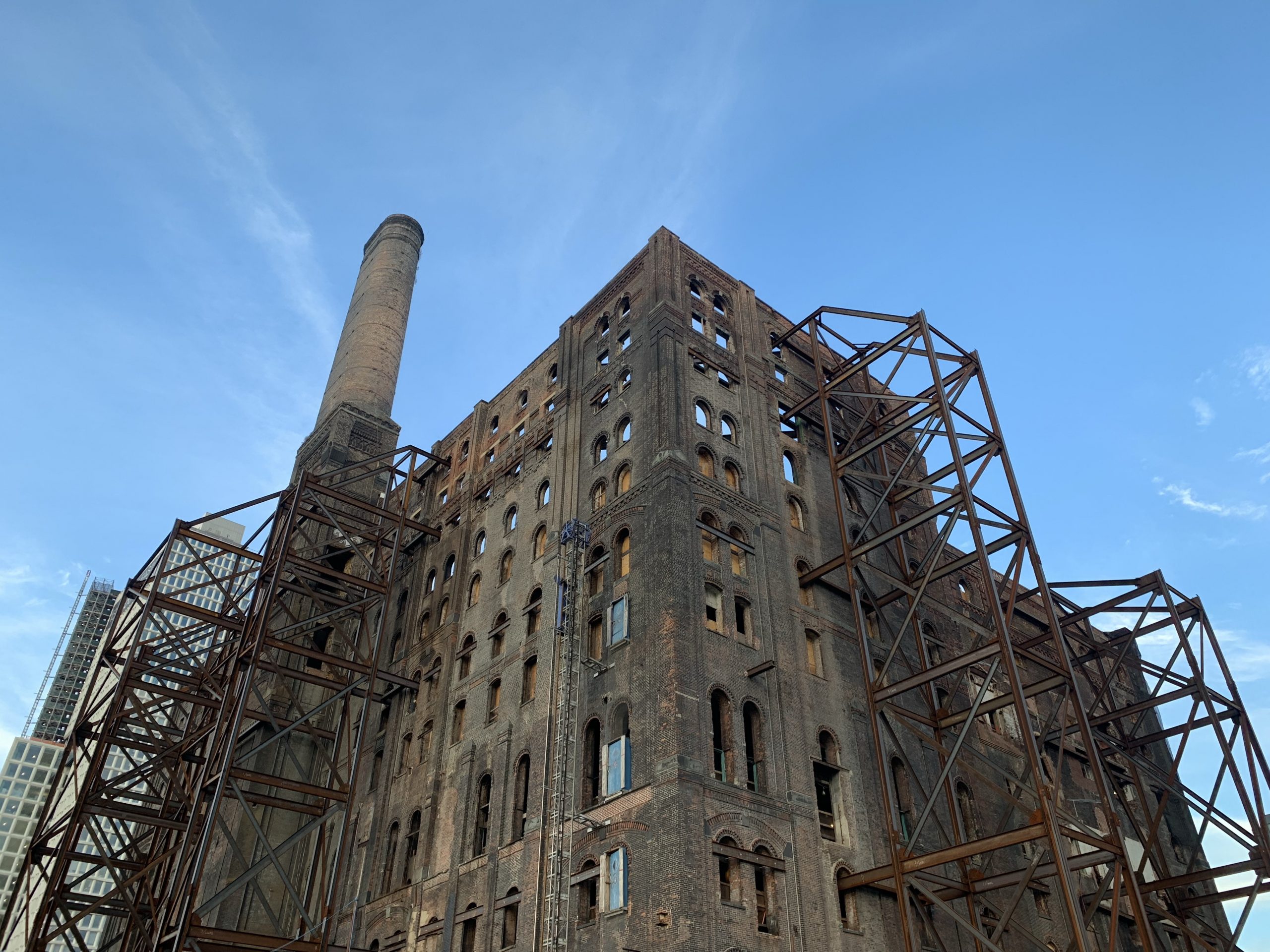 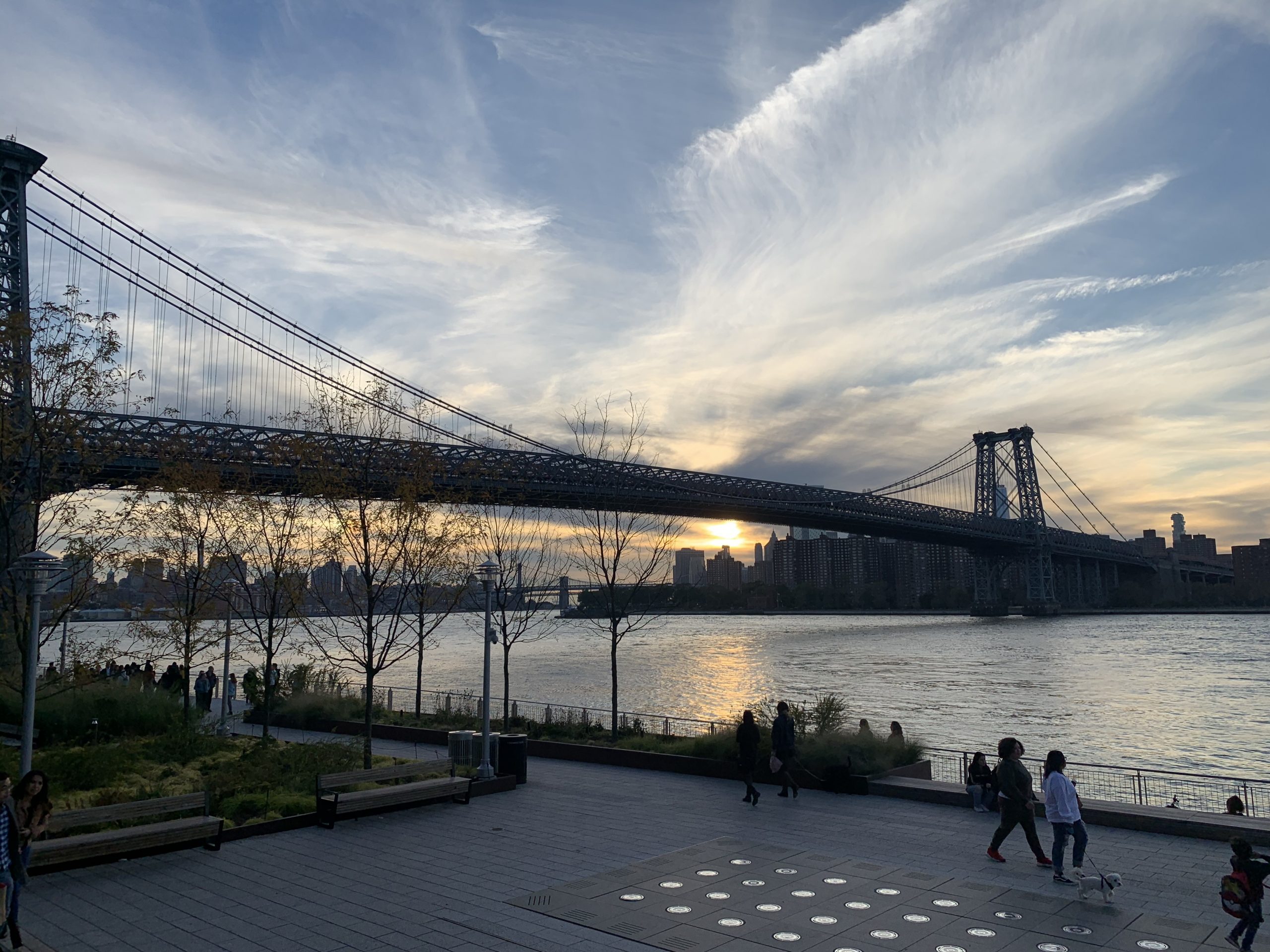 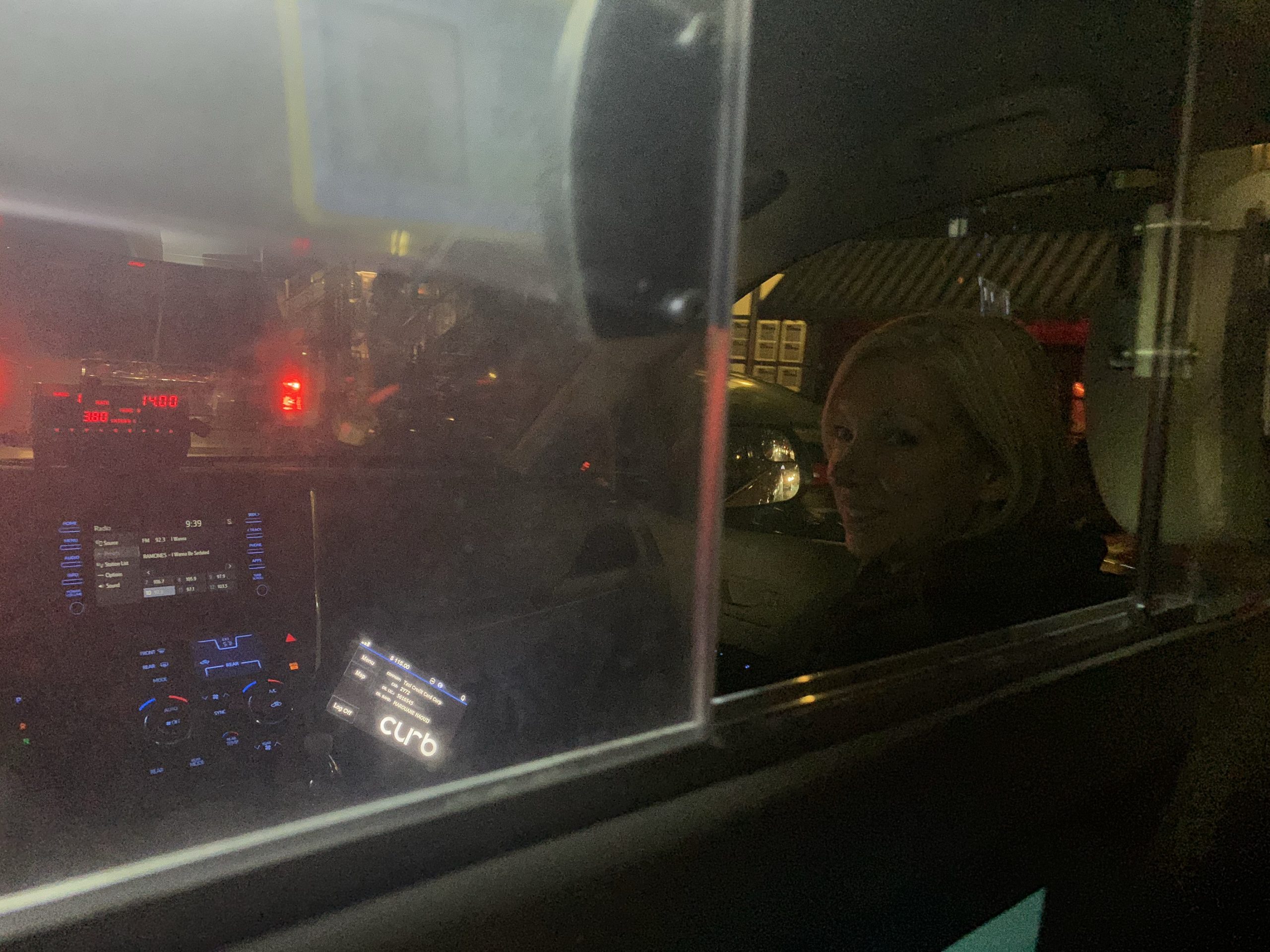 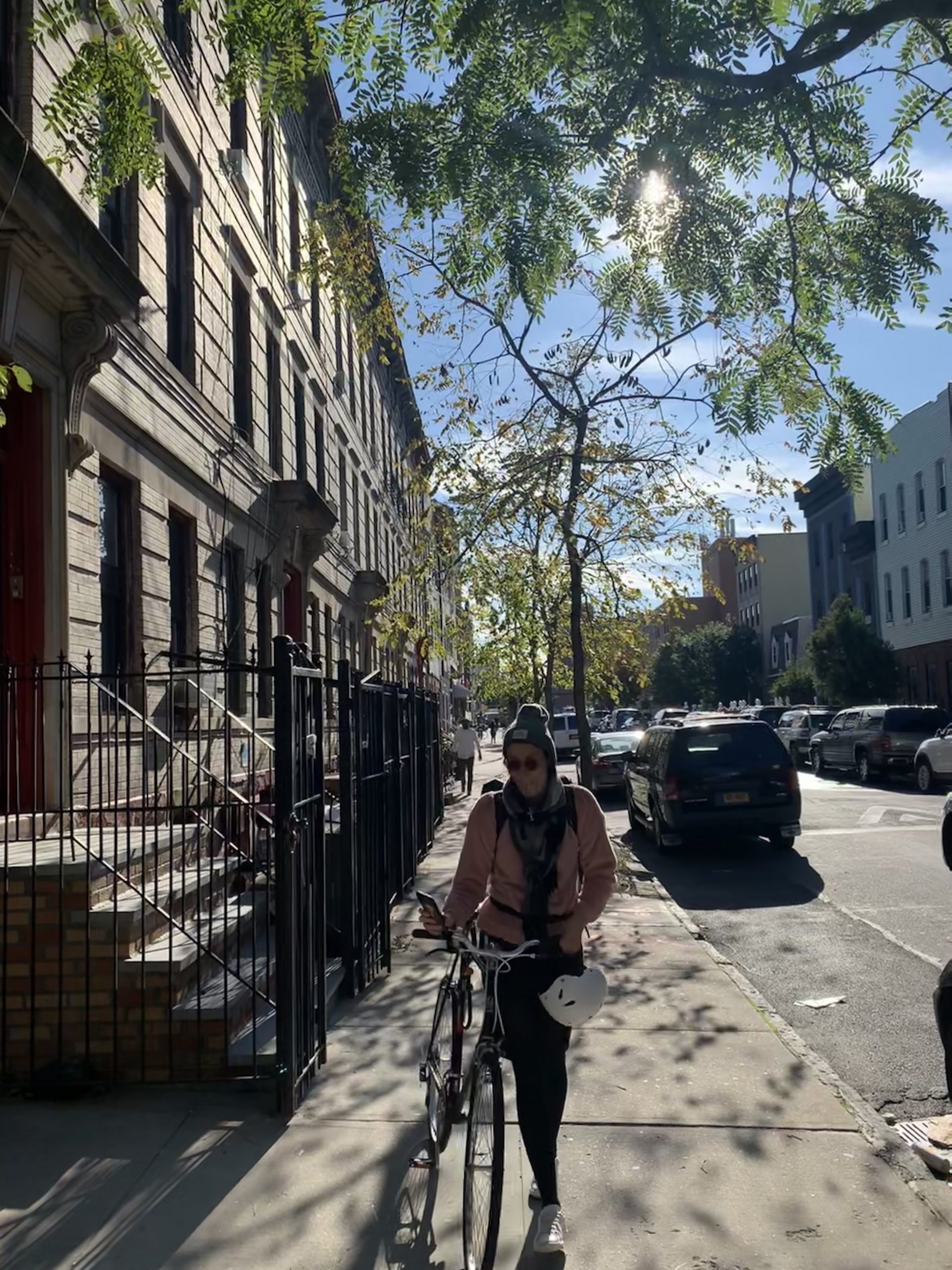 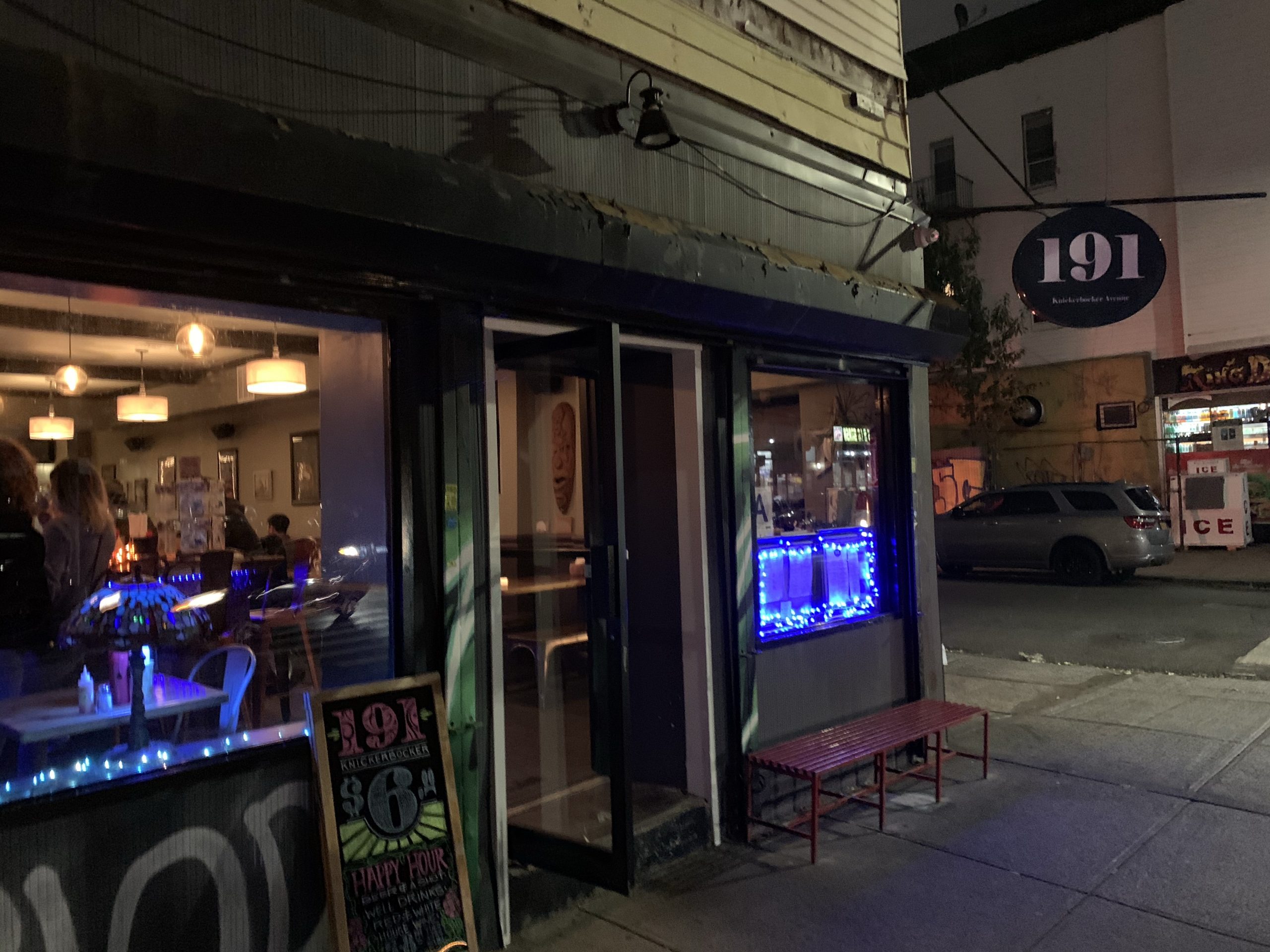 When I was young, I thought Heaven was a place in the clouds, a place where mankind could never ascend to until he crossed over. That was until I first saw the World Trade Center Towers in New York. Not only did these giants seem to reach straight into the heavens, they seemed to be holding up heaven. They represented the best of us and to me they truly were Pillars of Heaven.

With their destruction, how can we find our way up again? I miss our pillars of strength and the more than 5,000 souls that we lost to terrorism. Buildings can be replaced, but people cannot.

Now that I am older and reluctantly wiser to the many failings of mankind, I realize that Heaven is not a place in the clouds, but a place in the heart where we feel safe and secure. When terrorists robbed us of our Pillars, they also called into question our sense of safety and security and made us momentarily lose hope by challenging our faith. It’s up to us to find our way back and that we will.

This was not the first time I felt such a loss. When the Space Shuttle Challenger exploded, I was equally devastated. The space shuttle encapsulated the aspirations and ambitions of not only Americans but an entire planet. It was a perfect catalyst of hope, much like our Pillars. There it was, the space shuttle, reaching straight into the heavens on another routine launch and then it was gone. I felt hope slip away that day, but this country showed me the way back with the resilient nature of its people from coast to coast. The way everyone pulled together to get through that terrible moment… it was a beautiful thing to watch and so, absent another option, we recovered and moved forward.

Now, all of us are forced to deal with an even greater loss in New York due not to an act of God, but to the great evil in man. How could they cause so much devastation in a matter of minutes and change our lives to this degree? How could we let them get so close and why? I would like to hate them back, but I can’t muster enough anger amidst these ashes. I know I can hate. Hate comes easy and when it comes it consumes us all. Perhaps, I will hate later. For now, I am simply lost. I miss those 5,000 souls that I never met or knew as if they were part of my own extended family.

Like many expatriates, my immediate family moved to the US from Iran twenty-two years ago to distance us from the political turmoil of the Iranian revolution. Today, I am proud to be an Iranian-American and the beneficiary of both cultures. Every day of my life in this country has been a blessing. I often think of how I can be a contributing member of our society and help the community that opened its arms to me when no one else would. This is my last stand for freedom, liberty, and peace. From this home, I will run no more.

The troubling history of Iranian American relations has made my life here a bit difficult from time to time. Iran and the Middle East are far away places with different languages, cultures, histories, religion, and ideologies, more than anything we are used to here. Sometimes it’s hard for us to reach out to a place so far away. I admit, I have often failed in this endeavor as well. But perceptions are difficult to change and being born in Iran or the Middle East, does not make one sympathetic to terrorists.

I grew up to believe that no messenger of God would ever come to you with a gun, a knife, or a plane. You will know him from his message of peace and when he asks for nothing in return. I still have a challenged sense of hope that my motherland and fatherland [the US & Iran/Middle East] will find their way back together and create a future that will benefit and engage the generations to come.

People in the Middle East and the United States all want the same things and have the same dreams. Under the surface and across the borders, as Maya Angelu once said, “We are more alike than not”. Why do I still hope for the best? Maybe it’s my American fighting spirit guiding me through a tough time. Maybe it’s my Iranian heritage reminding me to be patient. Or maybe its just how ordinary people cope with extraordinary circumstances. Whatever the reason, we must all press onward.

Just a few months ago, I was admiring the view of the Statute of Liberty atop the New York World Trade Center Towers. It was a magnificent sight and I recall feeling a great sense of pride as I surveyed America from our Pillars of Heaven.

For many, the World Trade Center Towers also represented the separation of trade from politics. Trade remains as the great unifier of cultures and I still believe in the World Trade Center idea, an idea that also paved the way for the Iranian Trade Association, among others. Constructive and inclusive globalization can build sustainable peace and prosperity for all of us.

By striking at our centers of world trade, the terrorists politicized international commerce in their twisted attempt to destabilize, isolate, and disengage America and its economy from the rest of the world. This will not and should not happen.

Our greatest strength has always been our diversity and strategy of engagement abroad. Martin Luther King Jr. once said, “Darkness cannot drive out darkness. Only light can do that.” The questions before us now are: How do we remain in the light as we fight the darkness upon us? How do we remain true to the principles of freedom and personal liberties as we seek to destroy those who would do us harm?

I think that God has challenged us for a reason. This country will rise to the challenge as it has always done so. As overwhelming as this catastrophe may seem today, we will stay the course and preserve who we are with pride and deliberate commitment to the future. This is the American way. Until then, we must expose, fight, and stop terrorism at every opportunity. There is no room in the lives of our children for anything less. We will be the light that drives out the darkness. But as we fight, don’t let the darkness change America. 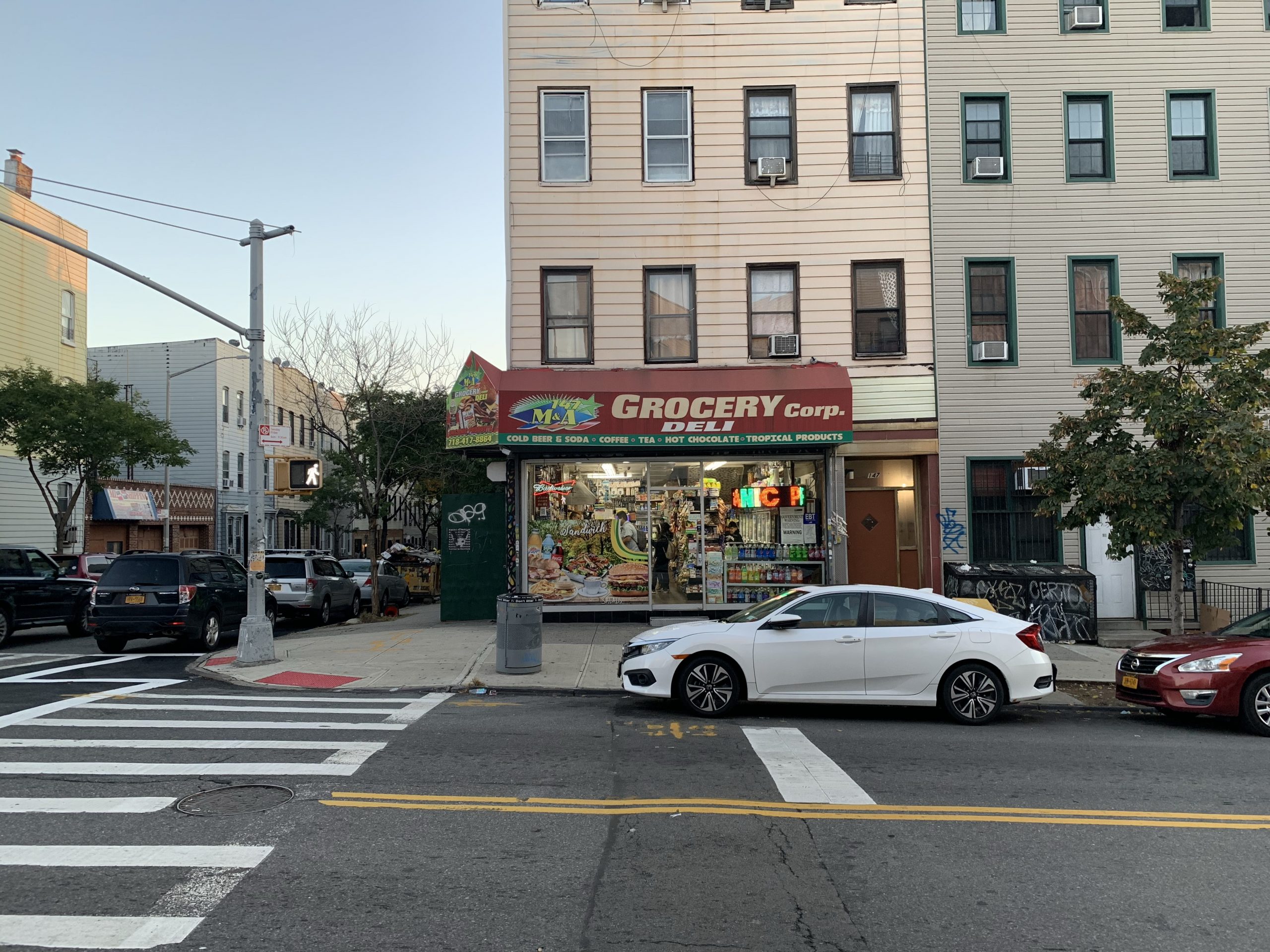 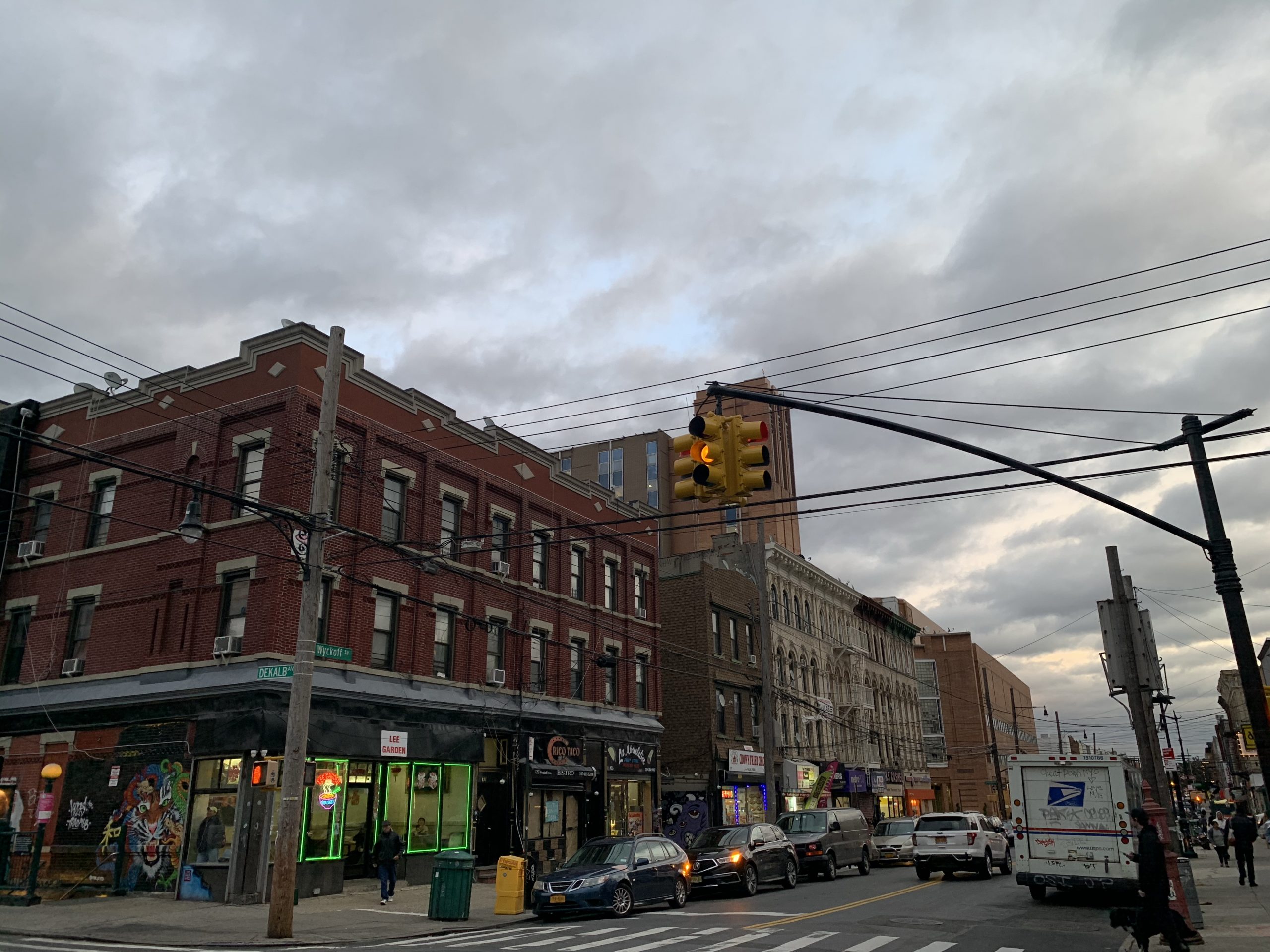 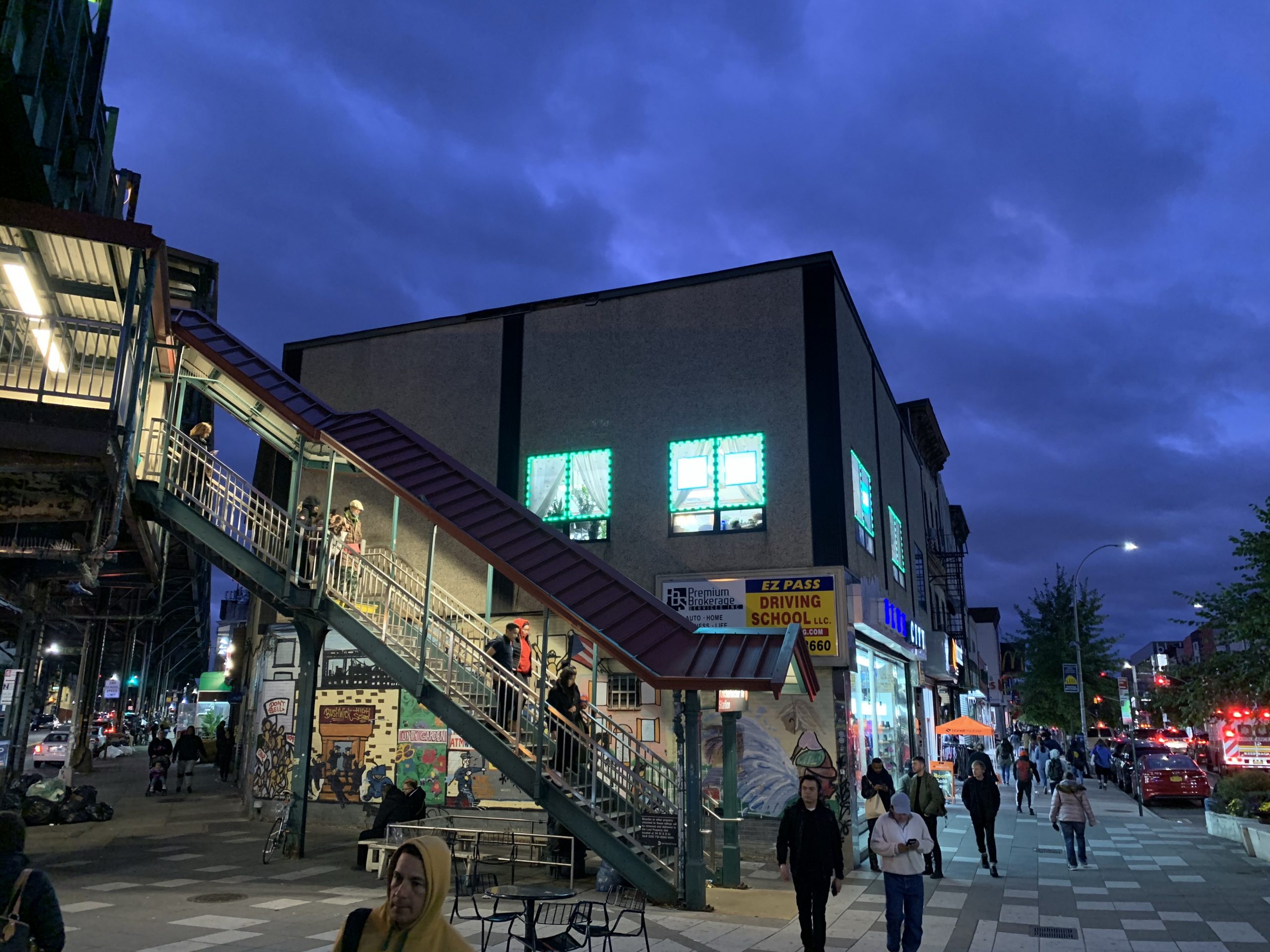 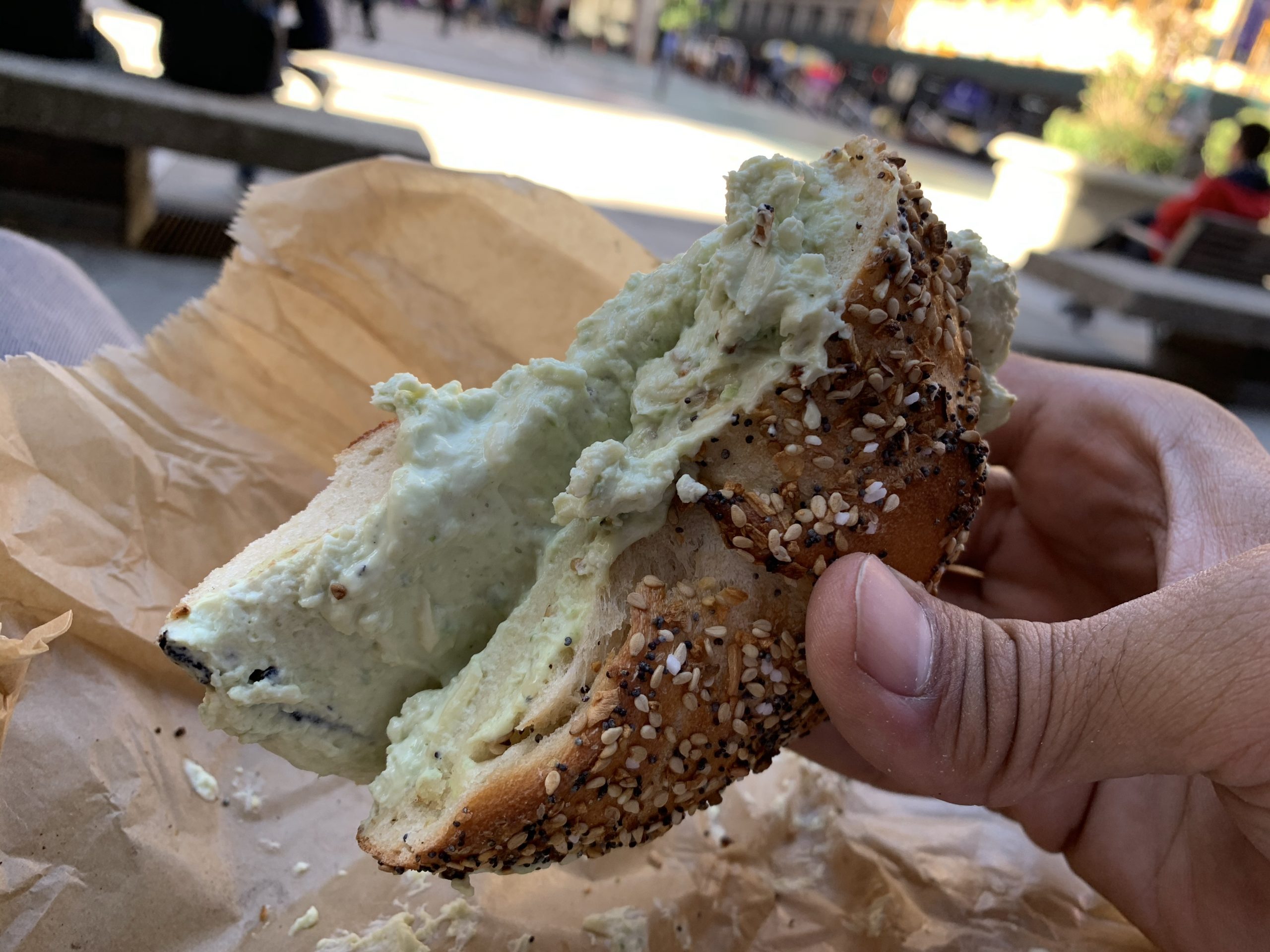