Be Ready to Defend It 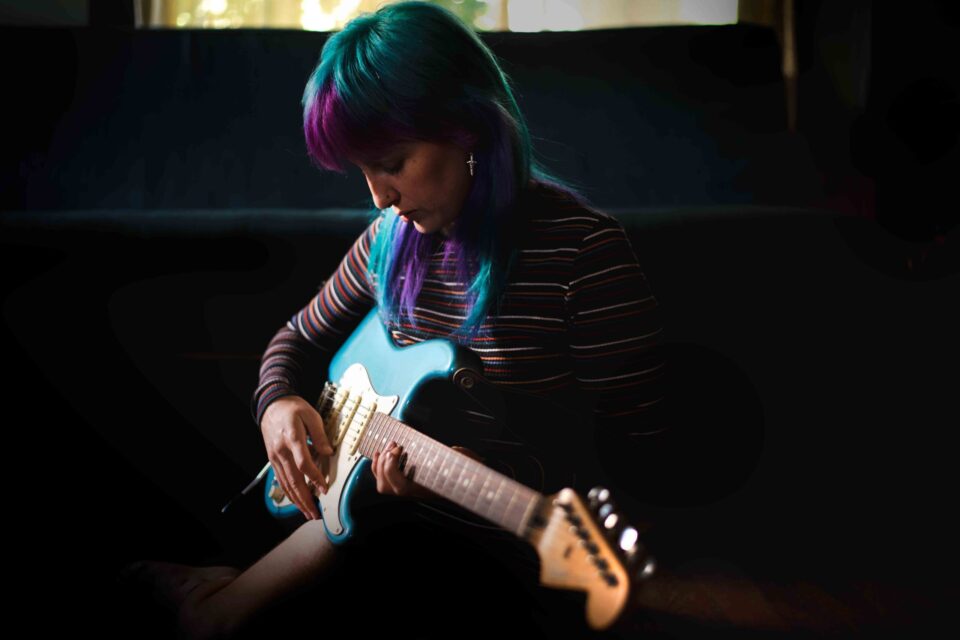 Some Thoughts on the Creative Process, Art Education and Leadership

Art school built a box around my soul. It was a school, a system, so it’s intention was less to free my mind and more to offer options within a very specific set of possibilities and parameters. And I spent the better part of the past decade actively working to undo the psychic borders we built around the artist within me. We swept his little legs out from under him before he even had a chance to truly begin walking. I say we because “the system” and I were equally complicit in this creative war crime.

I have no doubt at all that there are a great many artists in the world who felt a true liberation of creativity and an amplification of their voice as a direct result from the university system or art education institution. It just so happens to be that I was not one of them. And I say I was complicit in constructing that cage around the artist within because I came from another, much larger and older institution of rigid thinking and rule-following; my own cultural biases and fear-based upbringing.

The art making process ignites the brightest fireworks when it is sprouted from a powerfully supported base of confidence and sure-footedness. I submit that art is, indeed, the soul and mind at play.

And no, I’m not referencing that Einstein misquote. He probably didn’t say “creativity is intelligence having fun” as many believe. For one thing because intelligence shall not be a barrier to creativity and that implication is inadvertent gate keeping at best and elitism at worst. If anything, I’ve more recently concluded that so-called “intelligence” may have been a hindrance, the same way an institutionalized formal education was to the spreading of my own creative wings. They said they wanted me to fly, but only within the bounds of their zoo where they kept their caged painters, actors in aquariums and writers in editorial quagmires.

A quick aside to address quote meme culture while we’re on the subject… I will admit, it is a bit of a bummer that most of our favorite quote memes are inaccurate bastardized mis-speaks mistakenly misattributed to famous mischaracterized misanthropes (if we believe they actually said some of the things we say they said) like Oscar Wilde, Mark Twain and, of course, Einstein. I’ll share with you the main factor that trips up my personal Spidey-sense when I come across a quote meme on Facebook. Is it feeding my ego a little? Is the basis of the quote an elitist celebration of my tribe’s ideas of what constitutes “intelligence?” Does it imply that a person at Einstein’s level of thinking is referring to the masses as idiots? If so, the possibility of said quote being bullshit rises significantly.

I will also admit that art school did teach me one main bit of wisdom about the life of an artist which I did hold on to. That we can do, say or create anything. There is nothing out of bounds, nothing that will not speak to someone or some movement out there in the world that’s begging to be expressed in art. But we, the artist, must be ready to defend it.

Art will, inherently, push some of the status quo’s buttons. Art elicits something. It triggers change. Art which pushes no boundaries at all is simply craft. It does not make it less valuable, it just makes it arguably not art. At this exact moment, I look around and appreciate a great deal of craft which adds a great deal of joy to my daily life. The craftsmanship of the chair I sit in and the spectacular design of this MacBook I type on. But the art which can be so named challenges our ideas. It may offend our sensibilities or move us to tears of joy. It may show us where we’ve been in an effort to show us where we could be going. While the craft around me is designed to assist me in settling and sitting, art wants us to react and stand. And yes, a thing may very well be simply craft in my world, but it can be art if an artist simply changes it’s context.

If art is intended to elicit a response, it is our job as artists to stand by our creations. That is the one good lesson I took with me from art school: integrity. And it is a universal lesson. To make bold statements and then stand by them. If we fear doing so, it may be because we either do not fully believe in our creations or we’ve not yet built the fortitude to truly pursue our art, both of which are worth examining.

A timely and quite triggering incarnation of the importance of standing by our art is the current culture war of standup comedy, with many comics on one side arguing nothing should ever be off limits and SJWs on the other conflicted about when our most cherished ideology, that of freedom of speech, should be temporarily or strategically shelved in order to protect underrepresented or violently targeted communities. It is a conversation I welcome when presented with maturity. Simply saying “I can say whatever I want because we should never censor anything” feels like simply throwing a grenade over one’s shoulders as one walks out of the room. A comic who chooses to show up in the world as an artist (rather than a fame-seeking content creator) would welcome the challenges in their journey to create something beautiful and truly lasting. Not just to get through their set on a random Thursday night but to reach for a narrative which transcends and speaks to the bigger world out there, even if it takes a longer and more complex road to get there. You need not explain to me how hard it is to make it as a struggling artist, my friend. I’m not feeling called to stop anyone from throwing grenades over their shoulders and getting to their next rent check (assuming it’s not a real grenade). But I would submit that if you’re not truly examining your creation, if it’s not a joy to stand beside it and defend it, if you just want the challengers of your craft to shut up and go away, then you’re not pursuing art – you’re creating content.

I’ve mostly tuned out of the mainstream news because these words of wisdom from the Persian poet, Rumi, have become such a part of my daily mantras: “Yesterday I was clever, so I wanted to change the world. Today I am wise, so I am changing myself.” (He most certainly did say this, by the way. I triple confirm anyone I quote just in case the Mandela Effect is a thing) But there was one very rare instance I found myself reacting to television news. I watched as reporters called out our previous orange-fleshed president on his leadership decisions regarding whatever screw up happened that week. He would respond by very publicly throwing his own staff under the media machine bus and I’d feel my face turn red. When serving in any leadership position, the buck stops with me. All of it. I could never imagine, in my wildest dreams, publicly blaming someone who looked to me for guidance. As I’ve been writing this piece, however, I began to explore the possibility that our previous president may have offended my sensibilities more as an artist than as a leader. He made a thing and put it out there into the world and then he didn’t have the guts to defend it or stand by it. Either way, political affiliations aside, he failed at demonstrating integrity.

It needn’t necessarily be a fight and It doesn’t have to elicit sweeping agreement either. For me, as long as I sleep at night feeling good about what I’ve put out there into the world, if I don’t wake up feeling panic that I should have some words ready in case someone says some words I don’t like about what I’ve created, that’s plenty. A couple of years ago I’d posted a hilariously staged photo of a cultural stereotype. It was a collaboration and all involved loved it. One person called it out on a public forum. Upon some very simple reflection, I deleted it. I’m not a comedy photographer and I wasn’t making some powerful statement with the image. I felt no desire to fight for it or defend it and I am thankful that this small interaction gave me more clarity about the direction of my art and the statements I want attributed to me. Continuing to leave it up for the world to see would have been simple pride. A grenade thrown over my shoulder.

Often, the art that shifts culture has the capacity to be divisive, yet I enjoy creating things that have an outcome of unification. There is some middle unknown crevice there I’m carefully climbing through, reaching towards a light at the end of a cave adorned with petroglyphs. But I can’t quite see it yet. This is to say, I’ve yet to create the kind of art which will transcend me, the creator. My work has not reached a place where it stands on its own yet. I feel closer than ever but I’ve yet to feel called to create a thing which truly pushes buttons and which I’d be delighted to defend. And it is not out of fear, so far as I can tell. I don’t have something I wish to say which I’m not saying. There are no limitations on my creative expressions. But the high I feel from the creative process continues to circle back to community building and collaboration. Art doesn’t have to be divisive. But transcendent art does push its audience out of their comfort zones and I’m not sure I’ve created anything that truly does that. Yet.